JOURNEY IS THE DESTINATION

Ajeetpal Singh is a 2003 Chemical Engineering graduate. He worked with Maruti after graduation. He now runs his own event management firm. He is not involved in agriculture directly, but his family is. He wanted to create awareness about the farmers movement and contribute in what little way he could. So, around 20th December, he along with his family and friends, a group of 12 including elderly, ladies and children, started their journey from Anandpur Sahib towards Singhu on foot.

Anandpur Sahib to Singhu is about 290kms. They walked 570 kms covering many villages and towns on the way and reached Singhu in 12 days. They spoke with residents of villages they visited. They spoke with shopkeepers of the towns they crossed.

‘Our plan was to stay here for 4-5 days, but once we reached here and started sewa, we just don’t have the heart to leave.’ Ajeetpal’s throat chokes, his eyes water as he discusses his journey to this place about fifty meters behind the Sanyukt Kisan Morcha’s stage, where he spends is days cleaning, mending, polishing footwear of the farmers.

He was touched by the hospitality of the Haryana villagers wherever they stayed. And he was moved by the poverty of masses they crossed along the highways. ‘We were not carrying much with us. We had some clothes that we gave to few at one place. In no time there was a big queue of the needy.’ He is a gentle soul, there is pain in his words and water in his eyes as he says his words. ‘I had always heard that the journey is more important than the destination. Now I know.’

The sole of the shoe in his hand has come off on one side. He cleans the shoe with a dry cloth and picks up the tube of fixing lotion. He is cleaning and polishing his society’s soul a shoe at a time. He is mending its hurts a shoe at a time. His humanity seeps into those shoes and becomes a part of many other journeys. 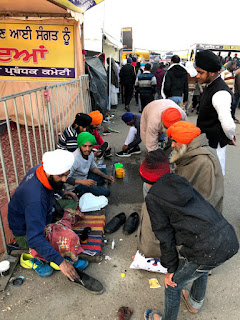 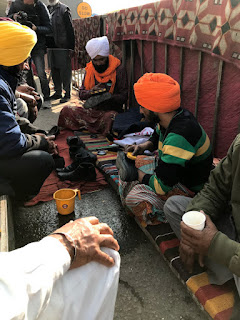 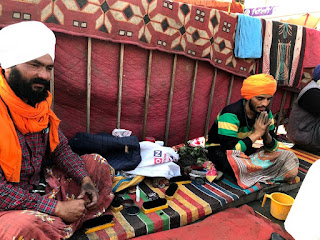 The bookmaker’s reputation- if you want to|if you would like to} wager without worries, essential to|it may be very important|you 바카라사이트 will need to} analysis and look for reputable sites. It is important to choose on} native, regulated and legal bookmakers over offshore alternatives, which may promise engaging incentives but are unlikely to meet them. Although cartoon slot themes could appear much like film and tv slot themes, there are literally a few of} delicate variations between them that help to make them distinctive. The materials introduced are never meant to substitute for skilled medical care by a qualified practitioner, nor should they be construed as such. Financial help is derived from commercials or referral packages, where indicated.